Haida’s PROII CPL-VND 2 in 1 filter puts a variable neutral density filter in the same frame as a circular polarizing filter so you only need to mount one filter to control exposure and reduce reflections. It’s a useful addition to a videographers kit and it opens up some creative opportunities for photographers, although in very bright light you may wish for an even stronger ND filter.

Haida is a Chinese optical filters company that was founded in 2007. It currently offers a range of filter types including drop-in filters, square filters, circular magnetic filters and circular screw-on filters.

The Haida PROII CPL-VND 2 in 1 filter is a circular screw-on filter that combines a circular polarizer(opens in new tab) (CPL) with a variable neutral density filter (VND or variable ND) . That’s a very useful combination because it enables you to cut down on glare and reflections, boost color saturation and extend the exposure time with just one filter. Neutral density and CPL filters are commonly used for videography and landscape photography, and mounting one filter rather than two saves time and hassle. As a variable neutral density filter, the Haida PROII CPL-VND 2 in 1 enables a 3 to 7-stop reduction in the exposure. For videographers that’s useful for keeping the shutter speed within a desirable range for the frame rate and aperture while photographers may use it to enable longer shutter speeds to blur movement or to allow a wide aperture to be used in bright light. Meanwhile, the circular polarizer element of the filter cuts down on reflections and boosts color saturation.

Haida makes the outer frame of the filter from aluminum alloy while the filter itself is made from K9 optical glass with 8 layers of oil, water and scratch repellant coatings on each side. Haida supplies the PROII CPL-VND 2 in 1 in a tough plastic case, which is awkward to open but but keeps the filter safe. Once you’ve managed to extract it from the case, you’ll find the filter threads smoothly on to a lens.

Variable ND filters are usually made from two polarizing filters and when they are rotated relative to each other, the light transmission changes. A circular polarizer on the other hand has just one polarizing filter that is rotated to cut out light coming from random directions so that only light from one angle enters the lens. This means that a filter that has both variable ND and a CPL elements needs to have two rotating parts, one to control the neutral density strength and the other to control the degree of polarization. Haida has achieved this by sitting the VND part of the filter within a frame that also houses the CPL.

The strength of the neutral density filter in the PROII CPL-VND 2 in 1 is adjusted using a metal pin that protrudes from a slot in the red outer frame of the filter. The size of the slot prevents the filter from being over-rotated, thus avoiding the infamous ‘black cross’ that is seen in lesser VND filters.

The VND filter moves reasonably smoothly and with just enough friction to prevent it from feeling sloppy, but a little more wouldn’t go amiss.

There are stop markings on the VND filter to indicate the degree of filtration - a thin white mark at one end of the slot denotes the reading point. These markings are helpful if you need to work out the exposure adjustment manually, for example if you’re shooting in bulb mode. However, their visibility depends upon the angle of the lens and the position of the filter on it. If the markings aren’t visible, rotate the whole unit around the lens until they are, and then set the ND filtration.

Once the correct strength of neutral density filtration has been selected, the outer red frame can be rotated to position the circular polarizer correctly to cut out any glare. This can be a bit tricky, but brightening the viewfinder or increasing the exposure momentarily can help.

It would be nice to see some markings, or a second pin on to make it clearer how far the polarizing filter has been rotated. It’s easy to fall into the trap of rotating the CPL round and round in the search for the perfect point. 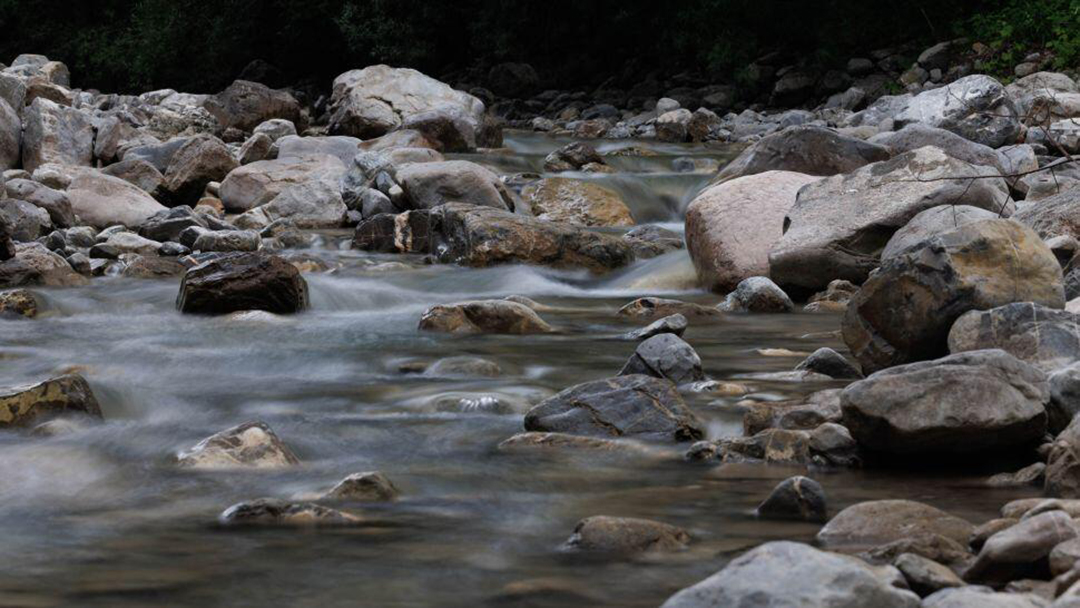 The Haida PROII CPL-VND 2 in 1 filter works well and cuts out the claimed degree of light, so a shutter speed of 1/60sec, for example, can be extended to 2 seconds, which is perfect for blurring moving water.

Its polarizing effect is also good, but as you’d expect, the impact depends upon the subject that you’re shooting.

There’s sometimes slight warming of the scene, but it’s not excessive and it’s generally attractive. 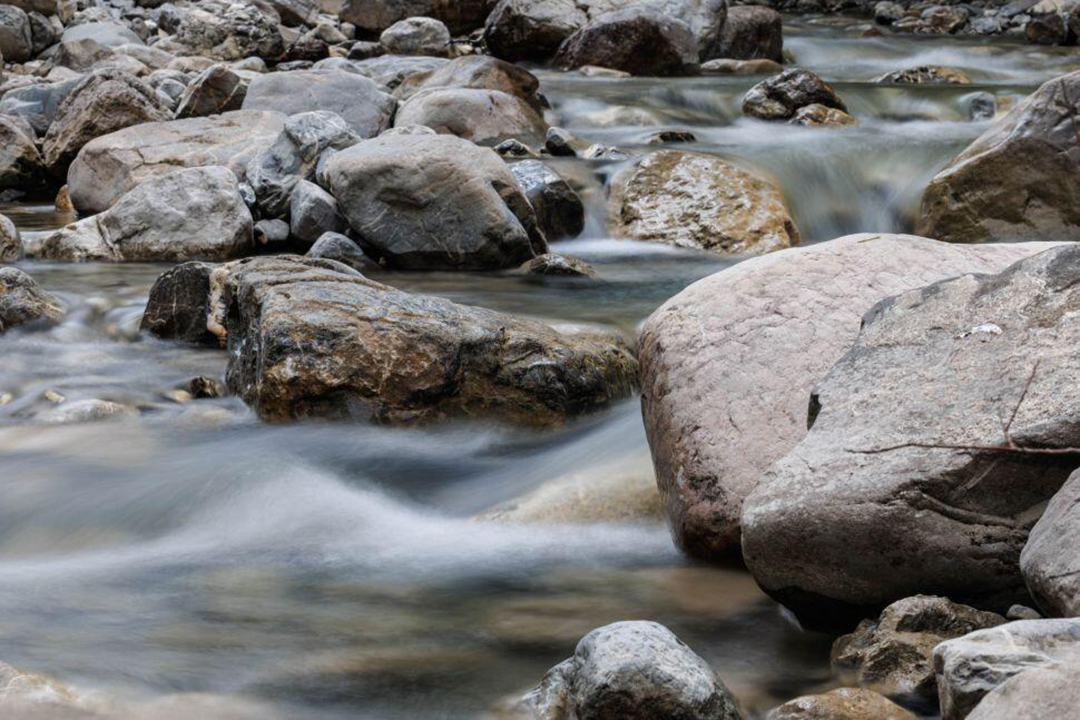 I haven’t been able to mount the 67mm review sample I was sent on a wide-angle lens, so I can’t properly assess if there’s any vignetting, but it doesn’t have a noticeably negative effect on image sharpness or detail when shooting with a high resolution camera such as the Canon EOS R5(opens in new tab). 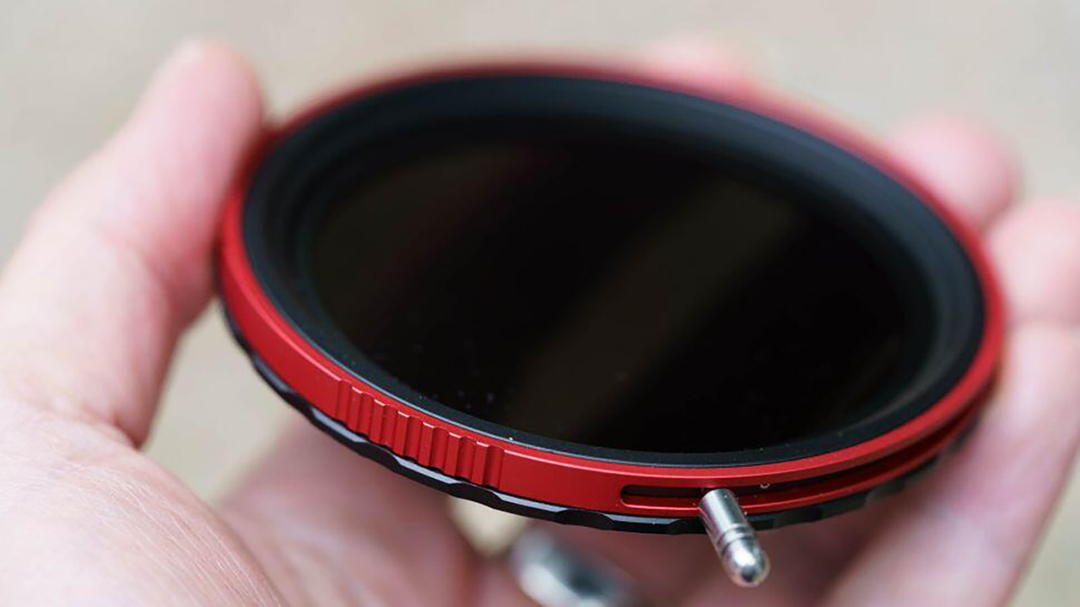 Neutral density filters are an every day essential for videographers and a variable ND makes life a lot easier, saving a fair amount of filter swapping or setting changes. They are also a staple for photography, whether that’s to enable a wide aperture to limit depth of field in bright light or to extend the shutter speed to blur movement.

A polarizing filter is also a great addition to a kit bag whether you shoot video or stills as it achieves something that can’t be done post capture. Consequently, a combined variable ND and circular polarizer is a good time- and space-saving option.

It would be nice to see the Haida PROII CPL-VND 2 in 1 in a wider range of sizes, but at least it can be used with step-up rings. Although I’d like the VND action to feel a little stiffer, the filter generally well made and it does the job that it’s designed for.